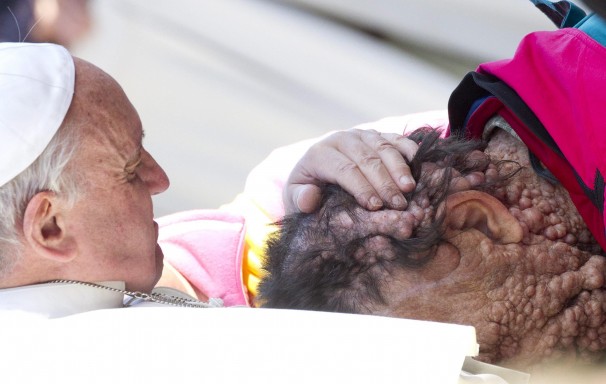 I’ve always been a huge believer in grace and the grace message that’s sweeping the world. I believe in prosperity too – yet apart from maybe someone like Andrew Wommack (who says, “Prosperity is how much of a blessing are you to someone else. That’s the way that God evaluates it.” and lives it), I’ve always felt there have been few role models who would believe in both God’s prosperity yet also believe that “we’re blessed to be a blessing” – and not just give lip service to that quote, but actually live it out!

Whenever I talk to many of my brothers and sisters who believe in the prosperity message (which, by the way, as mentioned above, I do believe it, just differently from most people), I would always say that while I believe in prosperity and that God wants to bless us materially, I also believe that the money isn’t so that we can indulge in it.

Here’s what I believe: If God blesses you and you spend it all on yourself, or most on yourself, that’s fine. I don’t think he’s going to get angry with you. And I’m not about to judge or condemn you. I’ll just leave you alone. But I firmly believe that God would want us to use that money to bless others. That’s what love is – to consider others first, not ourselves. No condemnation – if you want it to spend on yourself, go ahead.

Many of my brothers and sisters would say that there’s nothing wrong with spending a lot of it on yourself. After all, we need to SHOW THE WORLD that God blesses His children so that they will be attracted to this God. After all, if we have big houses and drive nice cars, wouldn’t we be able to reach the rich? Really?? I’ve heard this too many times. My response is always that the world is not not coming to Jesus because the church is not blessed enough. The world is not coming to Jesus partly because we’re hypocrites and we’re not loving. We spend on ourselves, we don’t help the poor, we don’t stand up for the marginalized. Instead we judge people and we show more condemnation towards people than God does. The world sees our big churches and our wealth and wonders why we talk so much about love and about a God of love but don’t truly help make this world a better place.

I’ve always believed that if Christians truly sacrifice, limit their living standards in order to help people (read: love them) and start loving and embracing the unloved and marginalized as Jesus would have done, the world will take notice. Now, I’m not saying that this will win over the whole world. Not every one will accept the gospel and it is still an offense to many and will always be.

But let’s face it, we Christians are known in the world to be judgmental and full of ourselves. We don’t truly love the world. We would always put ourselves and our families and the church before the dying and marginalized people out there. The world isn’t impressed at all. We can preach all we want that God loves them and doesn’t condemn them, but in our actions, the world can see we only care about ourselves.

Don’t get me wrong. The message of God’s love and non-condemnation toward us and everyone is totally spot on. I’m fully behind this message and the grace movement. But this message ought to take the focus off us. Not make us want bigger houses, more expensive cars, a more relaxing and luxurious lifestyle as if the world will become envious of us then. The grace of God, after all, made Paul labour more abundantly. That’s what God’s grace does. It makes us live for God and others and not ourselves.

The above rant was inspired by this article I just read: http://theamericanjesus.net/?p=11084

I’ve been a supporter of Pope Jorge/Francis since 2005 when I heard about him and the kind of lifestyle he lived. While I’m not a Roman Catholic, I’m fully behind him and his lifestyle. The world (atheists, etc.) sees Jesus in him, more than it sees Jesus in any Protestant leader we have. The world doesn’t see Jesus in us with all our wealth or our positive grace or prosperity message (nothing wrong with these messages). It sees Jesus when it sees humility and love for humanity – and grace and God’s material blessings ought to inspire that.

Surely the Roman Catholic Church is not perfect, but this Pope is darn inspiring…